On a trip to Rossfjord yesterday I noticed just how ‘rotten’ the ice is there: quite blue!

Yesterday the Riksteater (National Theatre) came to Finnsnes Kulturhus for a performance of Folkstyre 1814, a playcelebrating the 200th anniversary of Norway’s constitution and independence from Denmark. Susanna was very excited to be invited to play a short foyer concert in the interval, to an enthusiastic audience.

We do seem to be popular “on the outside”, but are beginning to wonder whether we might actually progress to playing inside on the ‘main stage’ at some point. Oh well, keeps us ever so ‘umble!

As we dash towards the midnight sun we’ve been treated to some beautiful late evening colours. Yesterday everything was deep blues (actually a bit reminiscent of about lunch time in midwinter!) and today we had the special pink glow which is so characteristic here.

Having solved the mystery of Easter Sundays USOs (Unidentified Swimming Objects), I must now appeal for meteorological help with today’s USO (Unidentified Sky Objects – Sky is Norwegian for cloud). Have a look at these pictures: 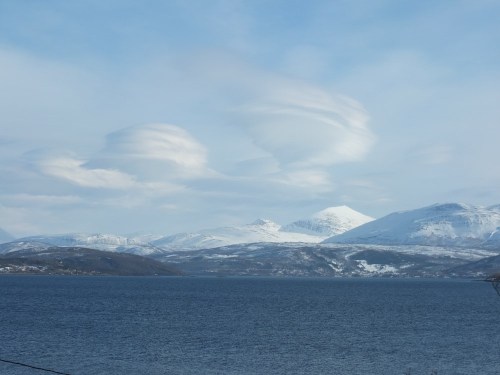 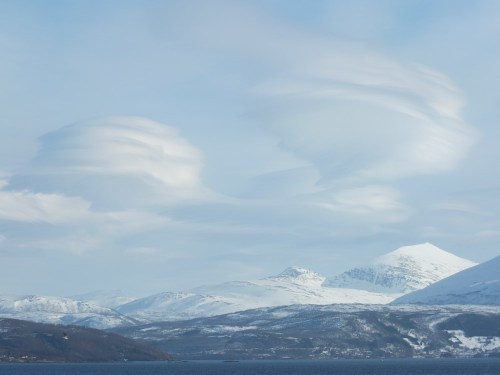 The Other Easter Day

The day after Easter in Norway is known as andre påskedag. Andre can mean either second or other, hence the other Easter day, which is celebrated to an extent here, with church services either as a re-run of Easter day or using  with the Road to Emmaus text.

Sarah played for a service in Botnhamn old peoples centre, and I drove to the once a year service in Tennskær, both about an hours journey.

Tennskær lies at the northern end of the peninsula above Finnsnes, accessible by driving up either the west side through Bjorelvnes, or the east coast through Rossfjord. However, our sat nav (GPS) believed the only way to go was through Bjorelvnes, and it spent the whole journey silently willing me to turn round after I elected the marginally ‘less bad’ road through Rossfjord.

Rossfjordvatn, the body of inland water which connects to Rossfjord, is beginning to thaw, taking on the characteristic blue colour which apparently is an indicator that it’s dangerous to go on the ice – especially in a car!

Tennskær has no chapel, so we use the village hall, with a very small reed organ.  A good number of people came for worship, followed by coffee and cake. It was interesting twist to celebrate communion with white wine in a glass!

And here are some other pictures from the journey:

Tomorrow we’re back to normal.

Christ is risen: He is risen indeed – Hallelujah!!!!

Easter has been a packed day (and night).

Last night, in the middle of a storm we drove with 7 new Syrian friends (Coptic Christians recently come to Finnsnes) to Rossfjord for the 11pm Easter Eve service. This video was taken a little earlier in the evening, before the horizontal snow arrived:

The service included the (long) Easter Exultat which Sarah (the singing kantor) sang and an adult baptism. As we drove back at about 12.30 am there was still some day light and we are now definitely fast approaching summer (albeit that you wouldn’t have know it from the weather!).

This morning we had services in Finnsnes and out on Husøy with traditional høymesse.

After coffee and cake at church, we spent the afternoon with friends on the beach at Russevåg on the southern side of Senja. We had a fire, grilled pølse (sausages), drank hot chocolate, skipped stones and enjoyed the views back over Solbergfjord to the mainland. We had a chilly start, but late in the afternoon the wind dropped and it was gloriously warm (at last). We also got our first sight of wild flowers, which apparently are known to bloom there well ahead of other places (because the snow is all but gone there as opposed to being several feet deep only about a mile away). We were even treated to a pod of whales swimming by, although we don’t know what type – they were about the same size as dolphins. 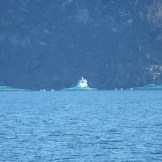 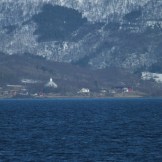 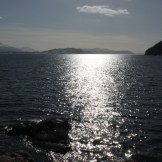 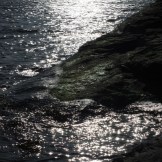 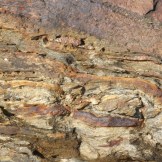 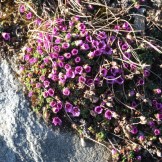 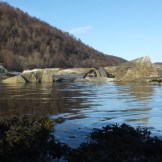 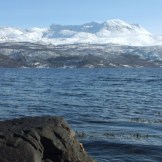 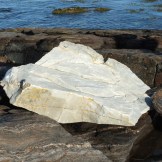 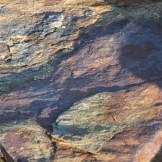 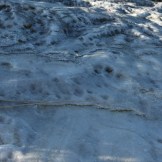 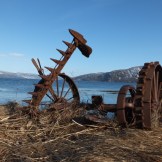 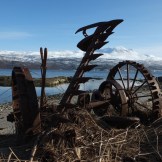 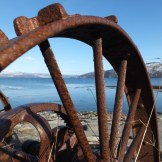 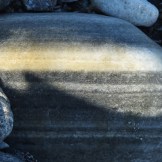 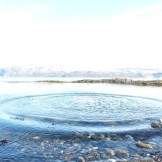 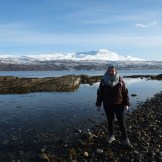 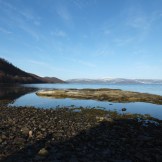 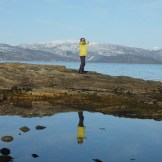 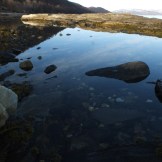 We rounded out the day with two more invitations to coffee and cake.

Oh, snd finally for me, it is exactly two years since I arrived in Finnsnes, and this is my 301st blog entry. Quite a bit has happened – what an adventure God has taken us on.

Good Friday finished for us with a service in Finnsnes church which is a bit of an anomaly. There is a tradition of singing without the organ on Good Friday which seems to have it’s roots in some cathedrals (of course with a choir). However, in order to keep the pitch (and the peace), yesterday I led from the bassoon (not to be confused with the basun, which is the trumpet!). Definitely a first for me.

In one of the least probable events of the liturgical church’s year (a wedding on Easter Saturday), East met West as a Lithuanian wed a Norwegian. And to add to the international flavour the English kantor played German and Spanish music and the German clergyman preached a good sermon in English! What a complicated world we live in:

This evening we’re back to the more normal order: an Easter Eve midnight service in Rossfjord church. And with a slight deviation back to origins, a kantor will lead the singing, by singing!

After a good number of folk had visited, we ‘reset’ the labyrinth back to the normal layout of the sanctuary in Finnsnes church. Here are a couple of last views taken before we cleared up.

Here are some pictures from the Easter Labyrinth in Finnsnes Church which closes tomorrow at 3pm. Maybe after Easter we can create an online bi-lingual labyrinth.

Tomorrow we begin a series of 11 services over the next few day!

Today (Wednesday16th April) we continue with our Easter Labyrinth and then this evening at 7pm we have a Salmekveld (an evening of hymn singing), so do drop by and maybe we will sing your favourite Norwegian Easter hymn! Afterwards we are serving coffee and Siss Marit’s much sought after Kringlekake. See you at 7.